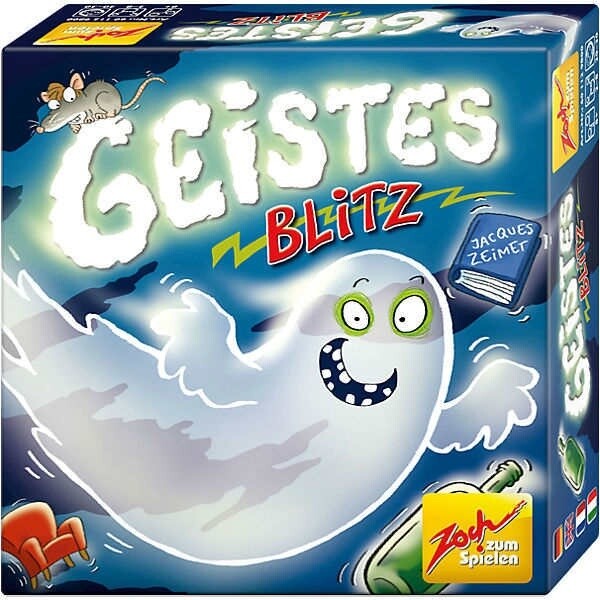 Geistesblitz is a lightning-fast reaction game which is won by the quickest player to grab the wanted figure and to collect the most cards. This is a new kind of brain training.

Lightning-fast grabbing is the key – but you have to be wide-awake. Which figure is hiding on each of the 60 photos? Who is the quickest to discover the wanted figure and to grab it before the others can react? Be quick but don't go for the wrong figure – that's the advice that determines winners and losers in this crazy witty reaction game.

GEISTESBLITZ, (noun, m.) ['gæstes blîts]: literally translated as mind flash, is a sudden insight or idea, often brilliant and unexpected. Consisting of the German words Geist (as in Zeitgeist) and Blitz (as in Blitzen, that lightning-fast reindeer of Santa Claus), it is probably best translated into English as brain wave or flash of genius.