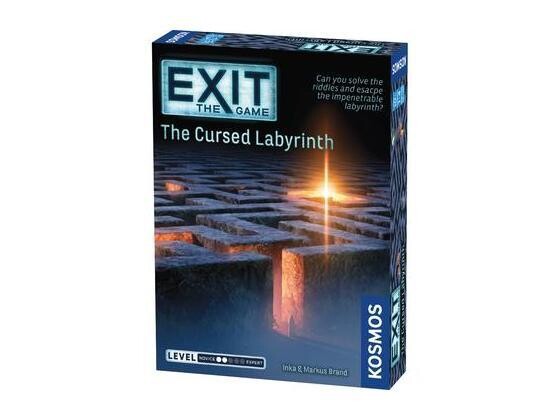 BG-TAK-XCL-EN
RM92.65
In stock
1
Product Details
During a tour of a historic castle, your attention is diverted to an intriguing labyrinth in the middle of the castle??s garden. Towering walls separate it from the outside world, and as you pass through the old iron gate in amazement, the sky suddenly darkens, and the wind begins to pick up. With a loud clang, the antique iron gate slams shut behind you! You try to open it, but it??s locked. Suddenly, to your terror, a gargoyle climbs over the gate toward you. Only by working together will you be able to solve the puzzles and escape the mysterious labyrinth.

Exit: The Game ?C The Cursed Labyrinth is a puzzle game modeled after escape rooms, and it includes components meant to be folded, written upon, or torn, so it's marketed as a single-use game.
Save this product for later
Display prices in: MYR
bottom of page