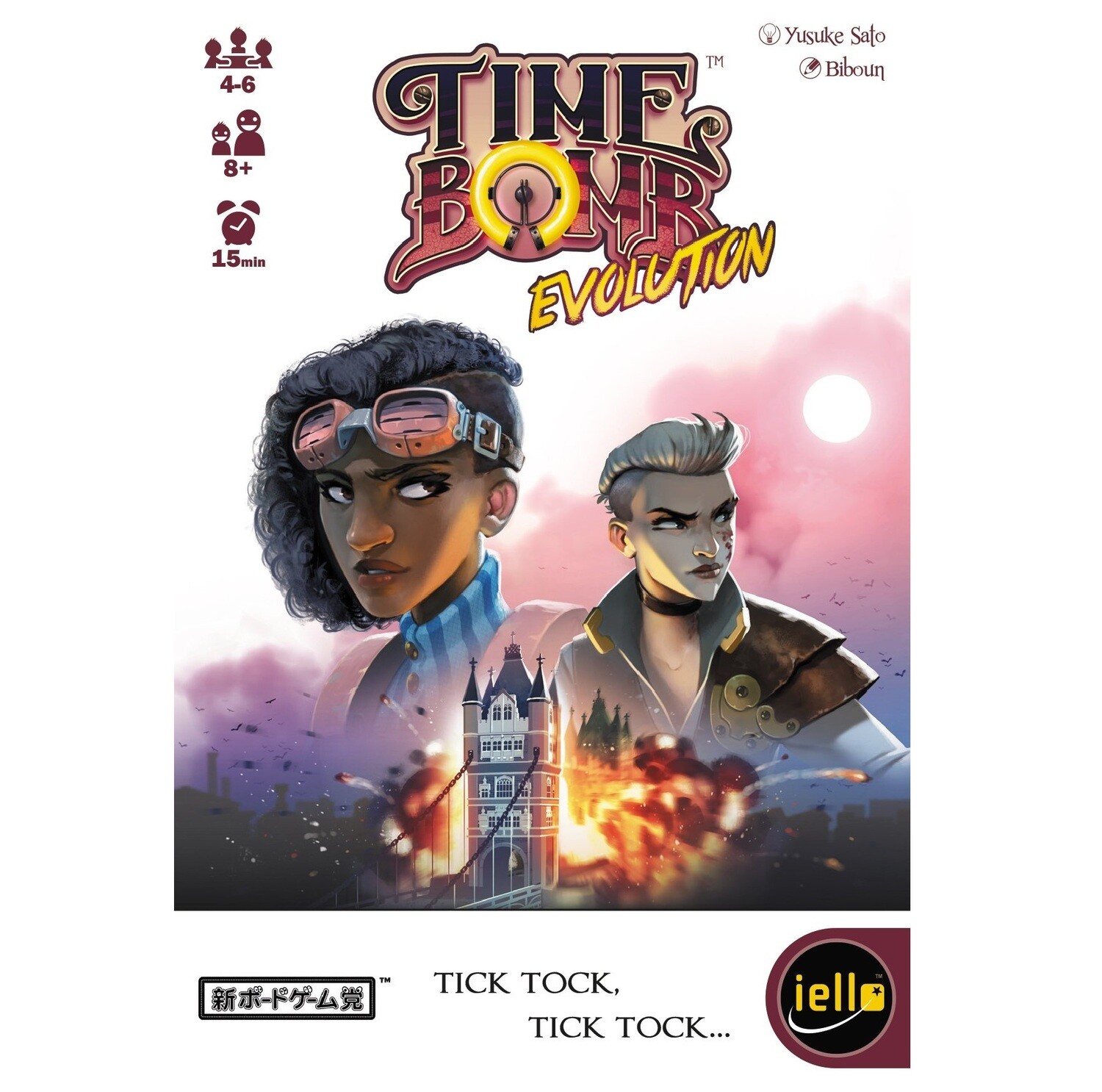 タイムボムエボリューション (TimeBomb Evolution) is a game derived from TimeBomb.

In the game, players are secretly assigned a role which is either a terrorist or a SWAT officer. Then cards are dealt to each player. They look at their cards and randomly place the cards face-down in front of them. SWATs win together if they deactivate the time bomb by revealing all of the SUCCESS cards.

Each turn, a player chooses a card in front of another player and reveal it. If it is a SUCCESS card, SWATs get closer to winning. Otherwise it is a threat card, and its threat effect is activated according to its color. Terrorists win together if four threats of the same color are revealed.

Players may discuss whose card should be revealed, but they should be noted that terrorists may be misleading SWATs.