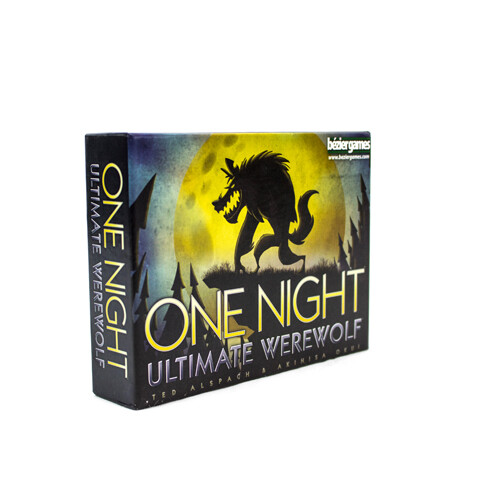 No moderator, no elimination, ten-minute games.

One Night Ultimate Werewolf is a fast game for 3-10 players in which everyone gets a role: One of the dastardly Werewolves, the tricky Troublemaker, the helpful Seer, or one of a dozen different characters, each with a special ability. In the course of a single morning, your village will decide who is a werewolf...because all it takes is lynching one werewolf to win!

Because One Night Ultimate Werewolf is so fast, fun, and engaging, you'll want to play it again and again, and no two games are ever the same.

This game can be combined with One Night Ultimate Werewolf Daybreak.

2014 Golden Geek Board Game of the Year Nominee