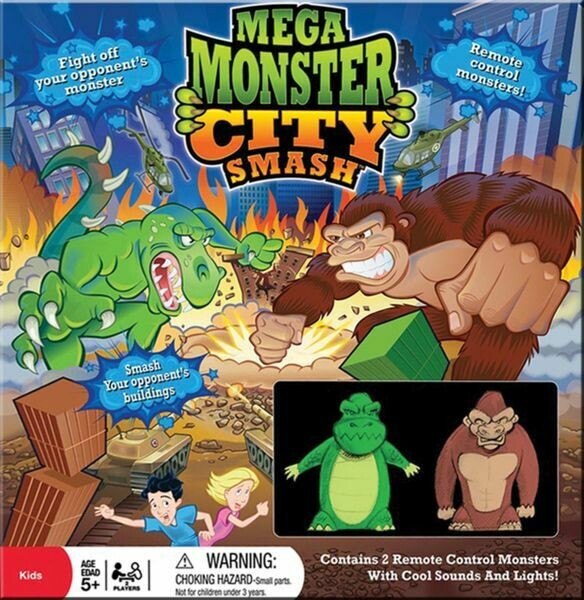 Two titans appear on the horizon. The behemoths quickly engage in battle, seeming to blindly attack each other with no care for the buildings around them. In fact, they seem to delight in the destruction left in their wakes. But there can be only one victor. Will it be you?


Mega Monster City Smash is a remote controlled monster city smashing game. In phase one, players build their city buildings using strategy to pick their build sites. Then, in phase two, they send their giant monsters into the city and smash their opponent's buildings before their own buildings meet the same fate. Fight off the opposing monster and keep your buildings from being reduced to rubble to achieve victory!
Save this product for later
Display prices in: MYR