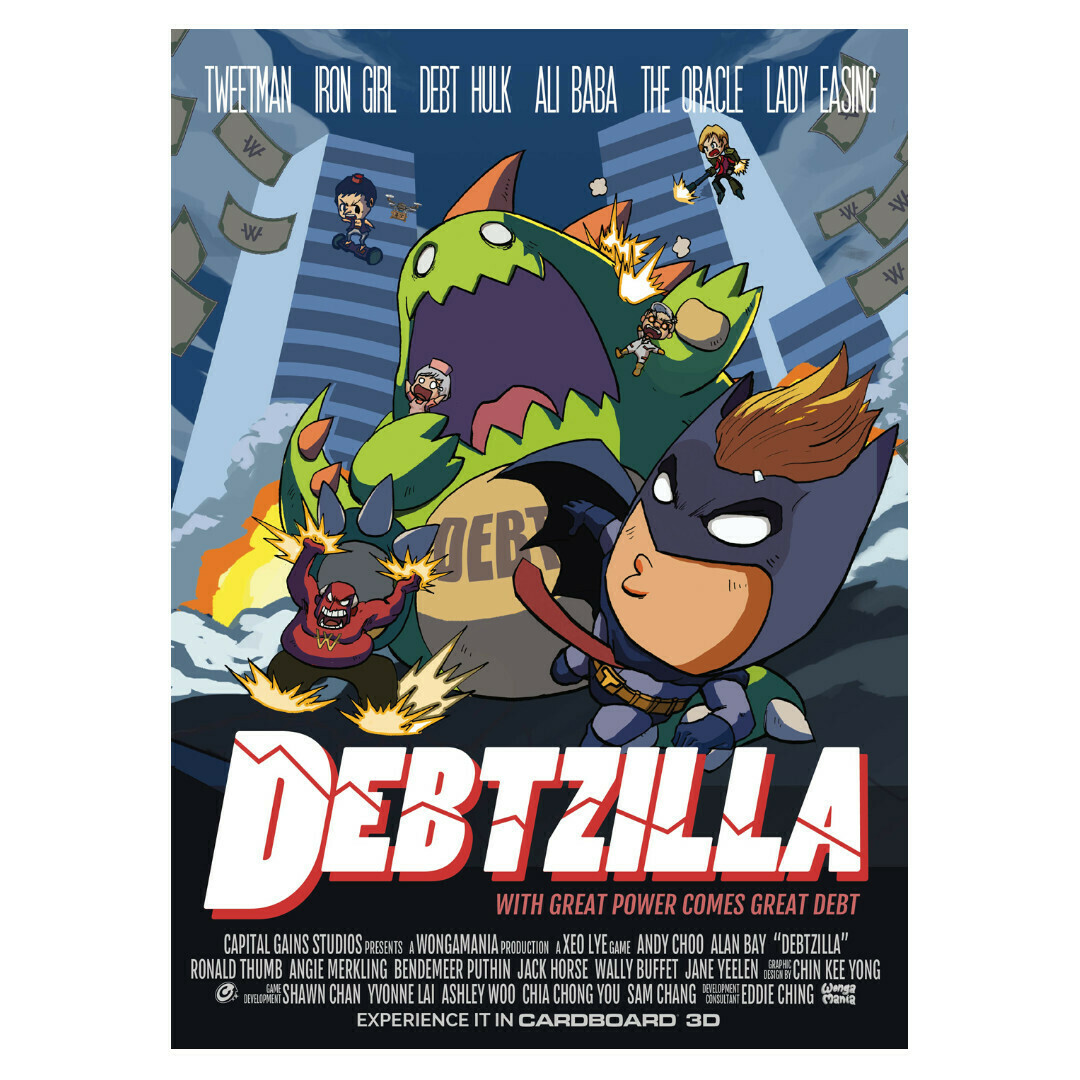 A few brave souls have finally showed and decided to take on the mantle of heros - to combat the Villains who are stealing the hard earned savings of ordinary citizens. However, beneath every hero lies an average human being, who has a job to perform, daily expenses to pay and crime fighting gadgets to buy. Little did they know that their credit card bills are feeding the ultimate monster of mass destruction: Debtzilla.

Debtzilla is a 2 to 4 player, cooperative board game in which heroes work together to protect ordinary citizens from being scammed by Villains, and take down the final boss: Debtzilla. Sharing the same universe as Wongamania: Banana Economy, Debtzilla focuses on the issue of how debt affects the lives of ordinary people in Banana Republic. Using a combination of deck building and dice mechanics, players have to race against time to bring down the bad guys before the law of compounding debt interest destroys their chances of winning the game. Be too stingy on your finances and you will find your hero too weak to do any good in a real fight. On the other hand, splurging too much on those flashy hero gadgets on borrowed money will result in the final boss too difficult to defeat. Can you balance your books and save the world at the same time?